Noah Gourmet Tahini made from roasted ground hulled %100  sesame, no sugar, and other additives.

It is served by itself (as a dip) or as a major ingredient in hummus, baba ghanoush, and halva.

Tahini is used in the cuisines of the Levant and Eastern Mediterranean, Sesame paste (though not called tahini) is also used in some East Asian cuisines.

Noah Gourmet Tahini is made from sesame seeds that are soaked in water and then crushed to separate the bran from the kernels.

The crushed seeds are soaked causing the bran to sink. The floating kernels are skimmed off the surface, toasted, and ground to produce an oily paste]

It can also be prepared with untoasted seeds and called "raw tahini", which is sometimes sold as an organic food product.

Tahini-based sauces are common in Middle Eastern restaurants as a side dish or as a garnish, usually including lemon juice, salt, and garlic, and thinned with water.

Tahini sauce is also a popular topping for meat and vegetables in Middle Eastern cuisine.  It sometimes has mashed or sliced pistachio pieces sprinkled inside or on top.

In Cyprus, tahini, locally known as tashi, is used as a dip for bread and in pitta souvlaki rather than tzatziki, which is customary in Greece.

In Turkey, tahin is mixed with pekmez to make tahin-pekmez which is often served as a breakfast item or after meals as a sweet dip for breads.

In Iraq, tahini is known as rashi, and is mixed with date syrup (rub) to make a sweet dessert usually eaten with bread.

In Israel, tahini is a staple foodstuff. It is served as a dip with flat bread or pita, a topping for many foods such as falafel, sabich, Jerusalem mixed grill and shawarma, and as an ingredient in various spreads. It is also used as a sauce for meat and fish, and in sweet desserts like halva.

In East Asia, sesame paste is a major condiment used with dry noodles (hot or cold). Sesame paste can also be eaten as a dessert, known as black sesame soup. 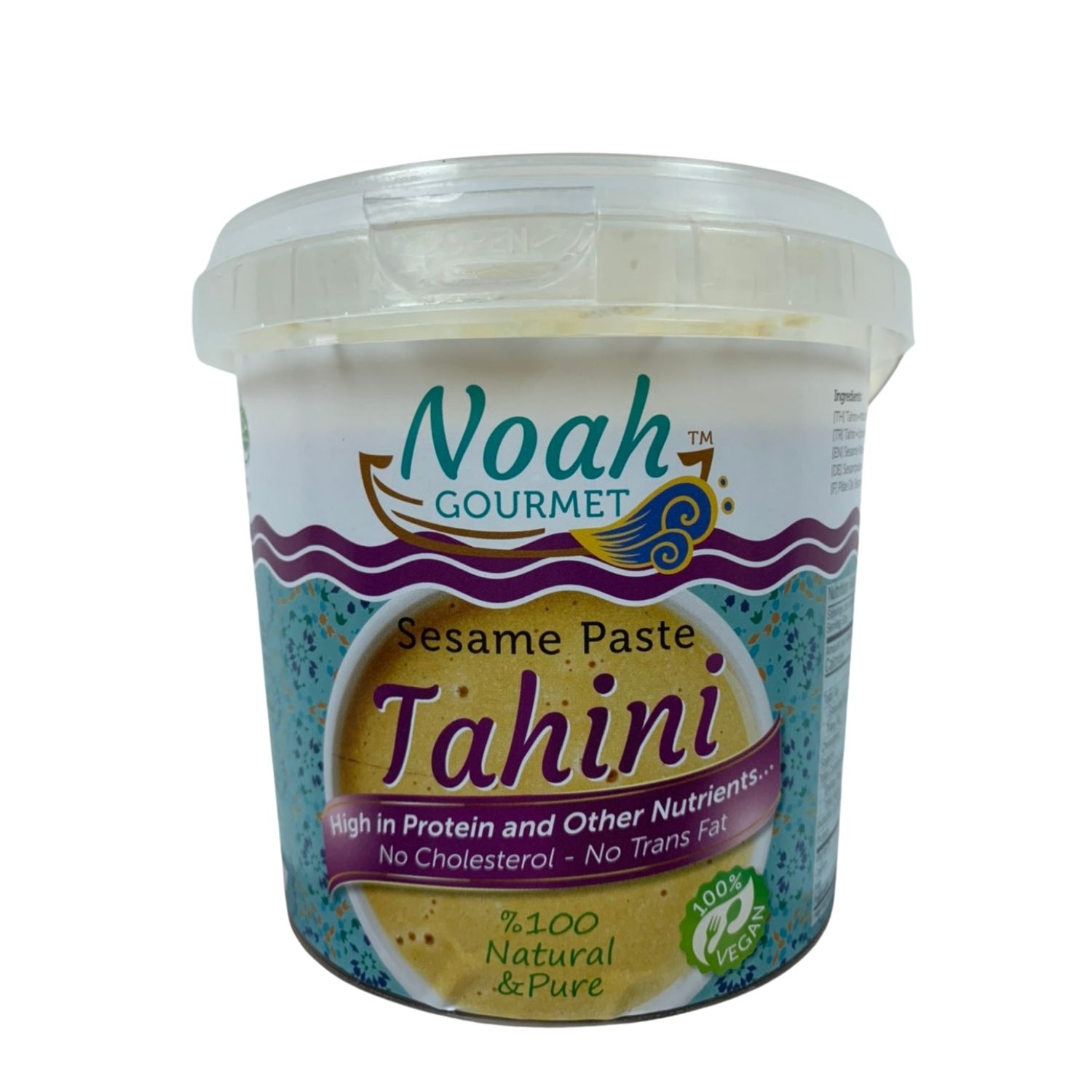 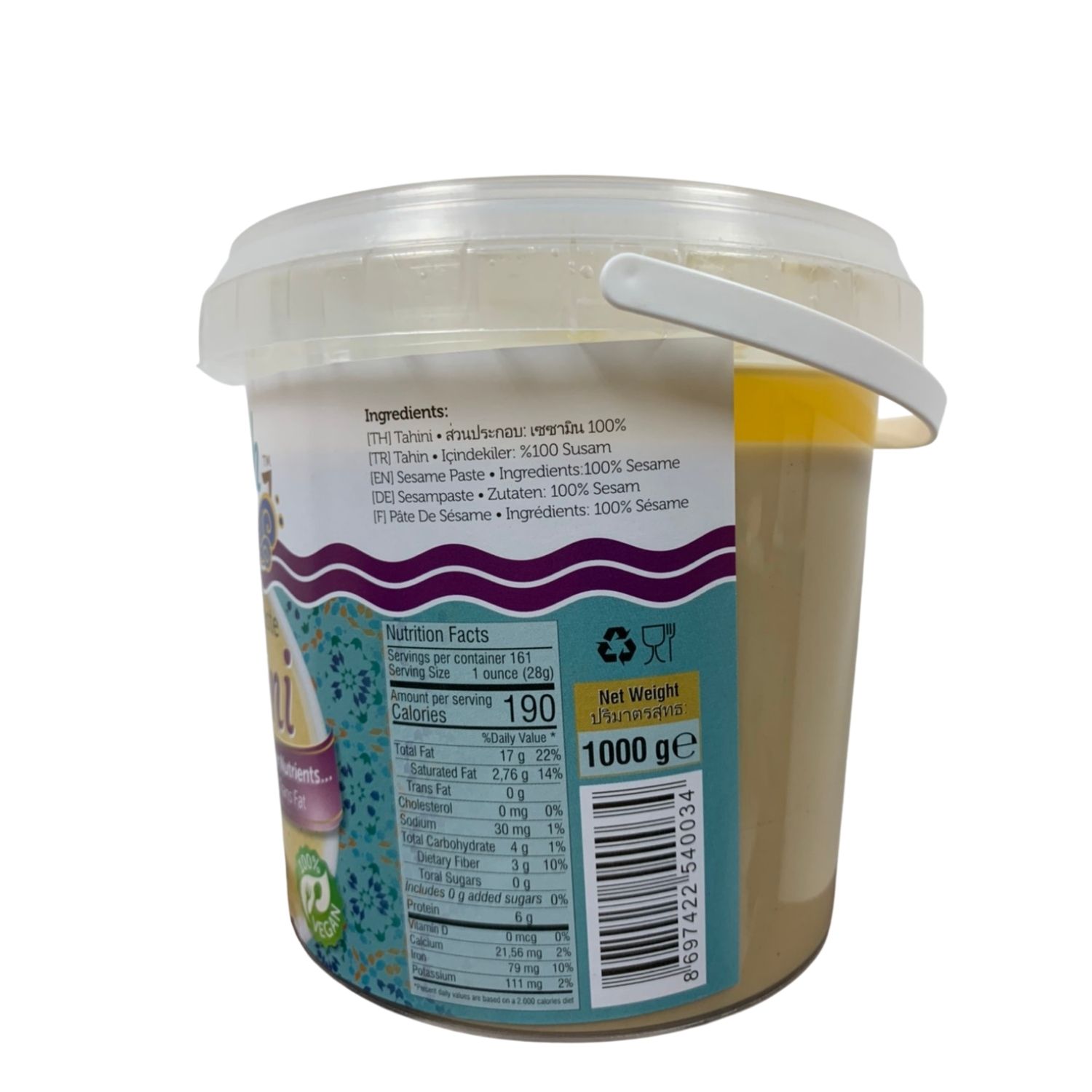 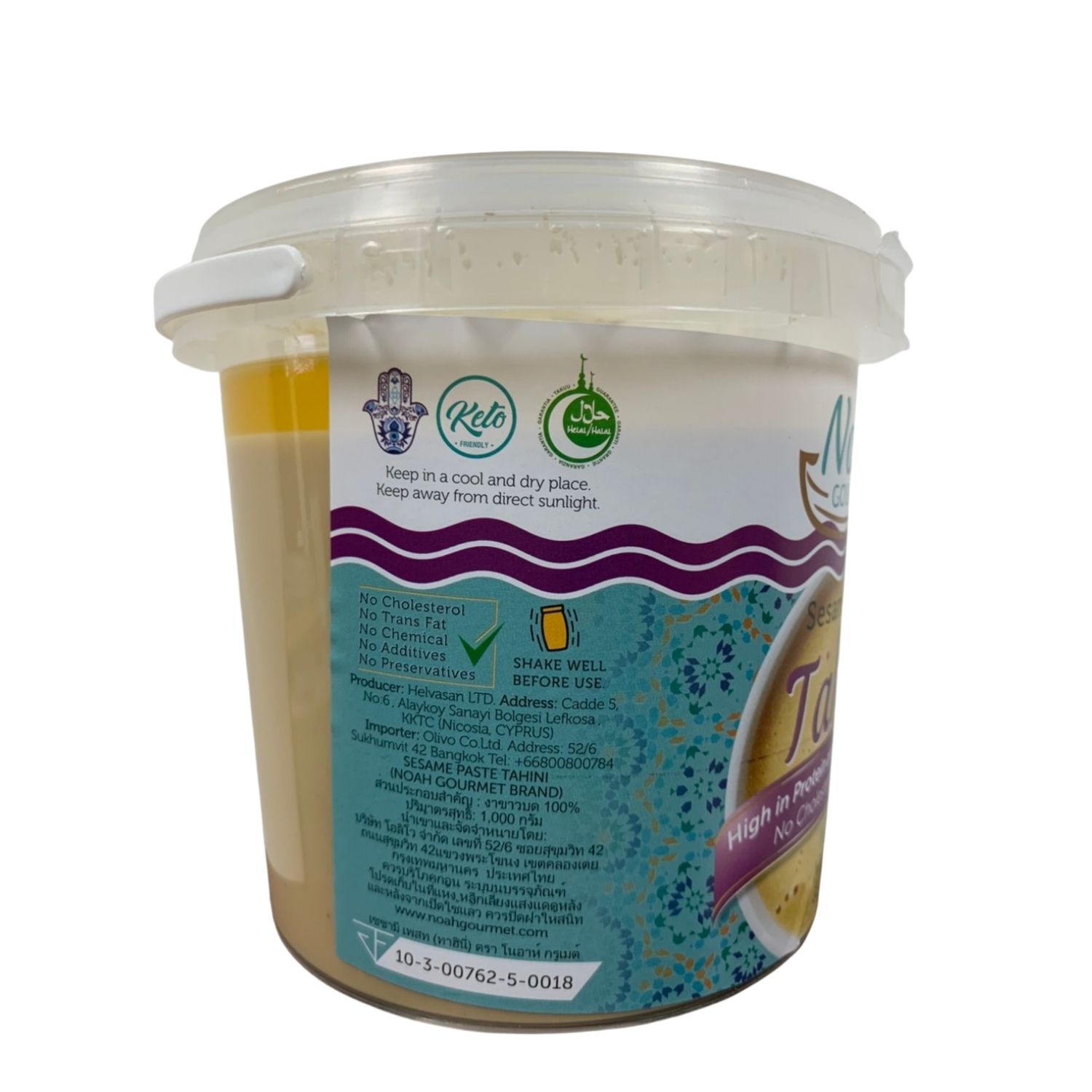